LeTSGEPs in Tirana! The 7th Project meeting in a nutshell

LeTSGEPs in Tirana! The 7th Project meeting in a nutshell

On 03-04 November, the LeTSGEPs Consortium gathered in the wonderful Tirana to hold the seventh partners’ meeting. What a great time we had there! Most of us had never been in Albania before, and we discovered such a welcoming, warm and amazing place: good food, wine and a really enjoyable atmosphere were really precious to strengthen friendship and somehow recover the personal relationships that the pandemic had been so much undermined.

Well, obviously, we didn’t only enjoyed a great time, we also worked very hard for LeTSGEPs!

This meeting happened almost at the end of the third year of the project, with the fourth and last one ahead of us. A good occasion, therefore, to reflect on what we have achieved so far, on the activities that we are still expected to implement by the end of the project, but, above all, on how we plan to support the LeTSGEPs’ outcomes beyond its conclusion.

The opening of the meeting, after the authorities’ welcoming, started with partners’ mutual congratulations on the really positive result of the review of the second reporting period by  the EU Commission. The Project Officer and the appointed external Expert expressed a strong appreciation for the real high level of quality of the project, both in terms of contents and achievements, and recommended to continue with this type of commitment.

For this reason, the common awareness among partners about the higher expectations on the outcomes of the project supported a very pro-active and partecipative approach during the meeting.

After a first state-of-the-art on the project, in terms of both contents and management issues, a very intense discussion took place during the partners’ roundtable on the GEPs implementation. Each partner presented its own implementation progress while another partner acted as its direct discussant and the others made questions and proposals too.

This exercize was really precious to exchange experiences, gather ideas and develop a common approach to GEPs’ implementation.

After the roundtable, focused on GEPs and their implementation, the following session aimed at empowering the partners’ negotiation skills.

Recalling the training that had already been released on this topic in springtime, partners participated in a role-play game, in which they simulated a negotiation process into an RPO between a Gender Equality representative and a decision-maker.

This exercise required participants a first planning phase in two different groups and then an on-stage phase. During the workgroups participants could review their own experiences and gather the common points of strength and weakness of the negotiation process about GEPs’ measures and their implementation that they had experimented in the three years of LeTSGEPs. Preparing the negotiation topics, proposals and objections, on both sides of the Gender Equality Representative and of the decision-makers, undoubtely allowed to see GEPs’ issues under new and different perspectives.

If the negotiation exercise revealed to be very helpful, we can’t deny…how much fun we had in staging different characters, body language and attitudes! The two colleagues who played the game, with the others supporting them behind, were really good actors, and were both very much praised for their availability to get in the game.

Going through the project’s milestones, the meeting then focused on the monitoring and implementation tools, and on how to further develop the dashboard that was adopted to monitor the implementation process: a specific request by the EU  Project Officer and External Expert that the Consortium intends to fulfill at best.

During the second day of the meeting, it was then very interesting to participate in an internal event of University of Tirana in which the Albanian LeTSGEPs team discussed about the state-of-the-art of their implementation process and future steps to strenghten it, beyond the end of the project.

Then a session of debate followed, in which partners shared opinions on the best way to disseminate the training materials, since there is the common awareness of how rich and useful for other projects and RPOs it may be.

The discussion on dissemination of the projects achievement was then the main issue of the following session: the new Video on GEP was finally approved, and a first draft of the index on the final Handbook  for sustainable GEPs was shared, as well as an update on the scientific publications.

Finally, a Steering committee, focused on the idea of a LeTSGEPs Summer School, and on the organization of the Final Conference to be held in Bruxelles by the end of 2023 officially closed the Partners’ meeting.

But out great time in Tirana was not over yet: for the lucky ones who hadn’t to leave earlier because of the flight schedule, the Albanian colleagues hold the last, very much appreciated, surprise: a trip to the beautiful Durres.

What a better way to end such a successful, intense and  enjoyable meeting! 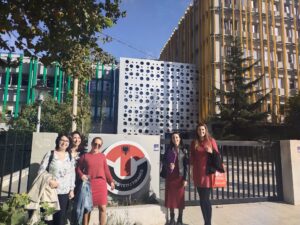 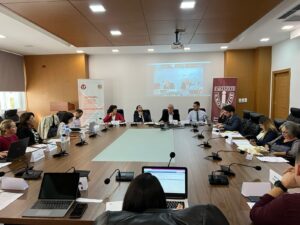 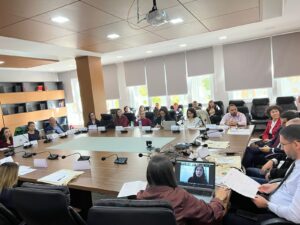 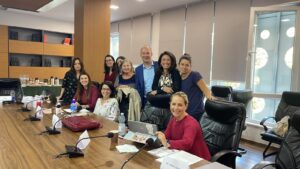 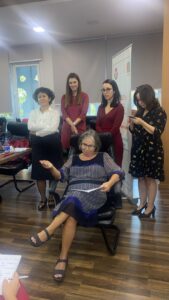 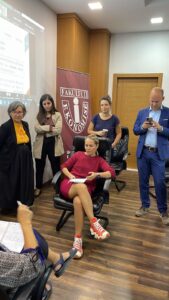 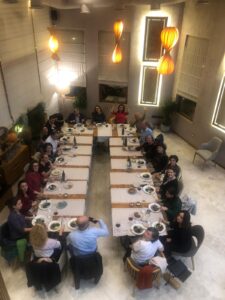